As a team with anthropologist Terje Toomistu they made a full-length documentary
“Wariazone” (2011) about Indonesian transgender phenomenon and started a crossmedia
research about Soviet hippie movement. From 2012 he is resident composer at Stockholm
Electronic Music Studios (EMS).
In september 2015 Tartu Art Museum held his first major retrospective. Currently he is
producing the first permanent public sound art installation comissioned by Estonian
Government. 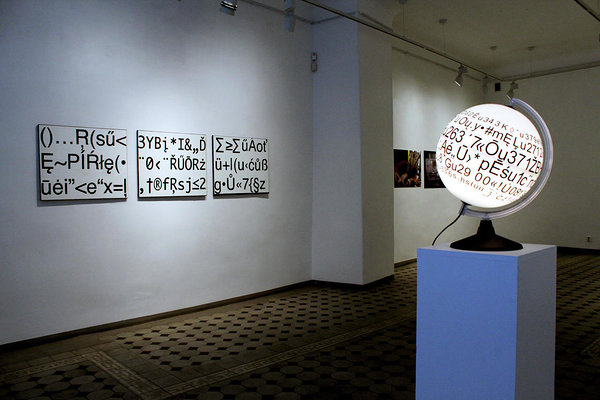 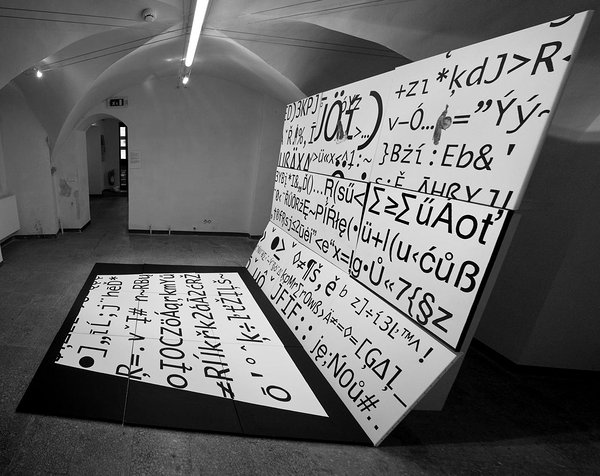 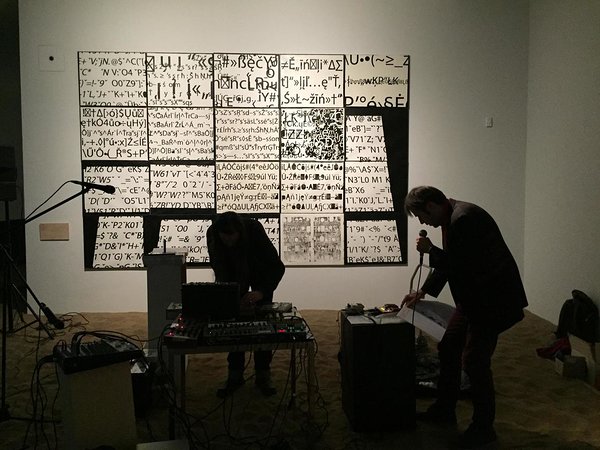 The Choir of the Void Mutated by Kiwa
Hanno Soans

The works chosen for this graphic portfolio generally follow the strategies the artist Kiwa has adopted already since 2008 when the current nothingologist period of his oeuvre started. And hopefully that makes the given collection a good short intro into his late work.

In his art partial erasure of operation diagrams, break-beat of decoded images, trust in noise, blind following of logics of text leading to meta-meanings and blanks are the main notions at operation. As undoubtedly the leading semionaut of the recent South-Estonian art scene, Kiwa often mixes the rigour and neutrality of post-conceptual art practices with something we might call an errorism of cyborg brainwaves. In this sense particularly his work Black Square Fade offers a perfect example how the operation logic of a machine, a printer gradually emptying its toner-cartredge on the way from black to white square surprisingly simulates the tracks of subjectivity generally omitted to sensitive hand in graphic art.

Nevertheless here, more than in his work usually, the notion of psychedelic glitches comes to play both in itself (like in Mental Reconstruction), like a manifest (like in State of Mushroom) and in relation to some of the Soviet time Estonian avant-garde underground artworks (like in Hei Hoi (Remix of Raul Meel), which the artist has chosen to mutate, scratch and thus make to live a second life.

The author himself has referred to psychedelic as critical cognitive technology oriented towards manipulating our pattern recognition into hallucinatory experience. Although for Kiwa it means from one side the return of human touch into anonymous data-flows and machine-like patterns by scratching them, these works pose a further philosophical question concerning normalcy – the problem really is if we can call the code of mechanistic pre-ordered world normal in itself or rather repressive. Instead, in the latter case, normal is the world where the control over Imaginary sphere slowly slips away and sets loose the lacanian Real, the world mixed by Kiwa. In melting away of letters into liquid signifiers and fractals the breakthrough of Real starts to relativise our rational mindset. The haunting ghosts are thus given the floor by data-bending the pre-existing rigid patterns until they start to tell their own story despite of the outcome of the more philosophical questions better to be let open in this case. The other option in manipulating the data-flows is to control the input filter, for example by converting a classic psychedelic painting by Aili Vint through 8-bit data filter, leaving us with the outcome of morbidly gray-scale and mechanistic rainbow image.

But manipulation is not be the only strategy in present here. Kiwa is also an avid collector of images. In Collected Film Stills he presents a vast selection of frames with english subtitles with one repetitive characteristic – the word “nothing” being used in subtitles. Somewhat magic and mantralike repetition of one word, undoubtedly very important word for Kiwa in this phase of his oeuvre, leads to melting away of all the intrinsic narratives of the subsequent movies he has been borrowing from. The annihhilation of dominant and hieratic relations within each of the works he has been borrowing from, is once again forming an esstranged choir of the void.